We’re having a baby!

I’m soooo excited to share that Josh and I are expecting a baby! There are so many feelings I’m feeling, but I’ll start with sharing our pregnancy journey!

How our journey started…

Josh and I started trying for a baby Fall of 2020. When people say “trying” it can mean a variety of things. For us, it meant that I got off birth control, started tracking my ovulation cycle (with these urine ovulation sticks), and we’d “get busy” when I was ovulating. When 6-months past and I still wasn’t pregnant I got discouraged and started to feel anxious. I heard from multiple mom friends and Doctors though that it takes a year on average to get pregnant, and it’s only after a year of “trying” that you should start to worry.

When spring rolled around Josh told me it probably wasn’t the best time for me to get pregnant anyways. I had multiple bachelorettes and weddings approaching and after getting vaccinated all I wanted to do was socialize and make up for lost times. So we stopped actively trying (while not trying to prevent it from happening) and I instead approached 2021 as my last potential year of freedom and planned countless trips and partied it out. I ironically got pregnant later that fall (so a year after trying like most people said) right after the last bachelorette I went on where I even went skydiving!

Looking back, I feel like I got pregnant at the best time and my mind had to be in a good, clear, stress free state to get pregnant. When we first started trying I wasn’t in the best mental state. I was overworking and stressed from work, COVID was (and is) still a concern, and I was going stir-crazy from months of quarantine. They say stress plays a huge factor in fertility since your body knows if it’s ready to have a baby or not. While I can’t prove this, I believe this was the case for me (along with other factors I’ll mention in a future post about tips on getting pregnant).

How I found out I was pregnant & told Josh!

I know most people have exciting stories or ways they tell their partner they’re pregnant, but for us it wasn’t like that at all. Josh and I were at home finalizing the details of our Italy trip a few days before Josh’s flight left. Josh was a GM for a wedding in Italy, and I was a MOH for a wedding in San Diego both on 10/16/21 (which is also Josh’s birthday). So the plan was for Josh to go to Italy first, and I’d meet him in Italy after my San Diego wedding.

We were planning to book an all-day Italy wine tour and before hitting “pay” I had a hunch to take a pregnancy test. I took so many negative pregnancy tests by this point that I didn’t think anything would be different. I just got back from a wedding I was a BM for (where I also drank a ton of tequila lol), but since my period was 3-days late I figured its better to double-check before booking the wine tour.

To my surprise the pregnancy test was POSITIVE. I had never seen the double line before and remember friends telling me, even if the line is super faint it means you’re pregnant. I was elated and could not believe it! I couldn’t hold it in so immediately went to Josh and said, “maybe we shouldn’t book the wine tour”. He asked why, and I said “what if I’m pregnant?” His response was, “but you’re not”. I said “but what if I am?”. I showed him the positive pregnancy test and he didn’t believe me, so I took a different pregnancy test which also turned positive. We were shook! Josh next response was, “wow, way to drop a bomb on me right before I leave”. LOL. 4-days after finding out I was pregnant, I dropped Josh off at the airport and said “see you in Italy baby Daddy!”

So how do I feel now?

I’m a firm believer that everything happens for a reason and at the time it’s meant to happen. Ever since being pregnant I’ve been super grateful, happy, and very mentally ready for this next chapter in life. I noticed people usually feel two spectrums after finding out they’re pregnant, either scared & nervous or elated & relieved. I think people who get pregnant quickly or without trying tend to feel more scared, while others like me who have been trying are more happy and relieved.

Josh and I knew we always wanted to be parents and being a mother has always been a milestone I dreamt about. I was never the type of girl to fantasize about a dream wedding, but I’d dream about being a mom and starting a family. I was obsessed with playing house as a kid, my doll was my favorite toy, and I even got a Bachelors of Science in Human Development. Starting a family was one of my non-negotiables in finding a lifelong partner and I knew Josh would be an amazing father. Josh and I are beyond thrilled for this next chapter as parents and I can’t wait to share my journey into motherhood with ya’ll. Thanks so much for your support and for reading! xoxo. 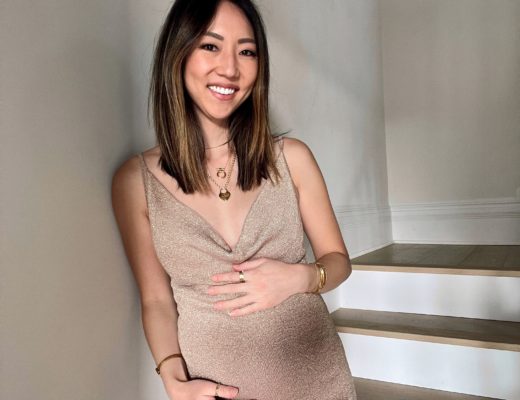 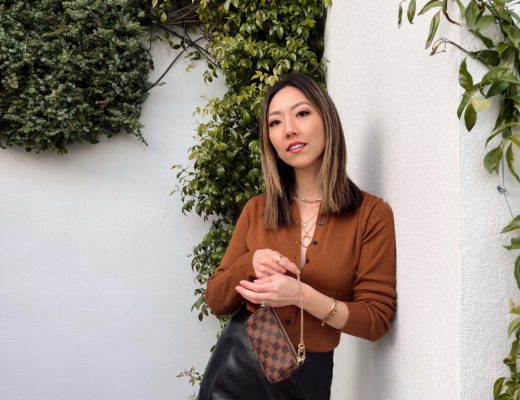 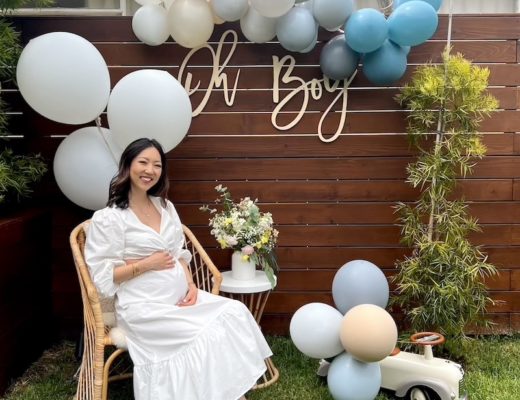 How to plan a baby shower

These stretchy faux leather shorts might be my bes

Fully baked and officially on maternity leave. I h